In the Trenches with Childress Klein’s Ryan Allbaugh

Source: Reposted from: In the Trenches with Childress Klein’s Ryan Allbaugh

In this week’s ‘In the Trenches’, Chris Saah, CIO, Transwestern chats with Ryan Allbaugh, CIO, Childress Klein on how Ryan worked closely with his Property and Facility Management team to create one of the most successful, connected buildings in the US – the Duke Energy Center in Charlotte. 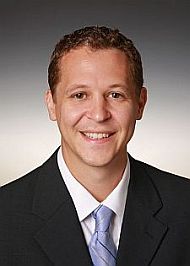 Good morning Ryan.  I understand you have been quite busy the last two years doing some pretty cool stuff down in North Carolina.  Would you tell us about it?

Yes, I’d love to.  In January we completed automating the Duke Energy Center in Charlotte.  We deployed 16 independent systems including water, electrical sub-metering, interior and exterior lighting, access control, IP video, elevator, and BMS.  I believe it is one of the biggest systems in the US.

This was quite an edgy deployment to say the least.  I assume you had a bit of help along the way.

Yes we did.  First of all, our owner Wells Fargo was very supportive and really gave us the sponsorship and support we needed to succeed.  We also could not have done it without Intelligent Building Consultants; Rob Murchison and Tom Shircliff were invaluable in getting us across the finish line.

Now are you running 16 networks?

One network and one HP blade enclosure running virtual servers. We partnered with Cisco and Panduit to establish a fiber network for the building (Panduit did a great job of helping us get our equipment into tight telco rooms) and then required all vendors to run their systems on that network.

Very Impressive. I imagine that was a challenge.

It was.  As an example, for one building system, the manufacturer originally planned that there were going to be 16 servers and we got a lot of pressure to go with that. We were ultimately able to convince the vendors to do some rewrite on their code and  got all of the systems running on a single server.  Most of the vendors pressured us to accept their “out of the box” solutions which consisted of sub-par hardware and separate network cabling throughout the building.  We helped them to realize that enterprise level IT equipment in a hardened data center is better than generic, off-brand equipment sitting in a back closet.  We helped the vendors design their systems for this building; I think we are rather unique in that regard.

Ryan, that is really quite an accomplishment.  Can you explain why that was so important to you? Obviously infrastructure cost is one reason.

Yes. The other main reason was that I wanted to administrate the network and mine the data. Vendors are good at what they do, but they are not network people.

What were your other major challenges?

In the early phases of the project, the main challenge was envisioning all the stake holders that it could in fact be done.  We were blazing some new trail at the time and we had to keep everyone convinced that we could get all the moving parts working together.

Well this really speaks to the leadership role of IT in innovation, doesn’t it? In cases like this, IT is sometimes the only player in the room that can truly see how all of it fits together and becomes the glue that holds it together. There is a lot of discussion about the leadership role in the intelligent building space.  Having gone through this project, where have you landed?

I actually believe that Property Management really has to take the lead. At the end of the day, these innovations are customer facing and PM has their pulse on the customer.  IT and FM need to make it happen and IT can create a vision for what is possible and facilitate the process, but PM really needs to drive it in my opinion.  We have actually formed a committee comprised of players from PM, FM, and IT and we work together to flush out requirements, create RFPs, and oversee the implementation process.  I think this is the model going forward.

Ryan, you really have a great story to tell. Thanks for sharing it with us.  I look forward to seeing in Vegas.

My pleasure, Chris. I love talking about it.  See you at Realcomm.

Out of the Trenches – A Video Conversation with Joe Rich, Tishman Speyer & Tom Taddeo, Kimco Realty

In the Trenches with Sandy Jacolow, CIO, Silverstein Properties